If life were a card game, you might say Jamie was dealt a bad hand.  There are some positive things here because many dogs like Jamie are destroyed before they are weaned.  Jamie is a handsome guy and because of that, he was destined to be a stud.  Fortunately for Jamie, he got sick so was given up for rescue which allowed him to be treated for his illness and adopted.

Jamie is a double merle (MM), also called homozygous double merle, meaning both his parents possessed the merle gene.  Twenty five percent or one in four dogs born of double merle parents will have hearing and or eye issues.  They range from, slight to totally deaf and blind.

Jamie has microphthalmia or small eye.  You can see one of his eyes, it is about the size of the tip of a ball point pen.  He moves it about, often appearing that he is following me.  The other eye just appears to be tissue.  I think Jamie may see some light and darkness, but I can not be sure.  He has congenital hearing loss.  He can hear a few sounds.  I have four other dogs, he can hear one bark.  Jamie can hear a train whistle, he cocks his head when it blows.

Until tomorrow…….from his book, Jamie’s Journey, on Amazon. 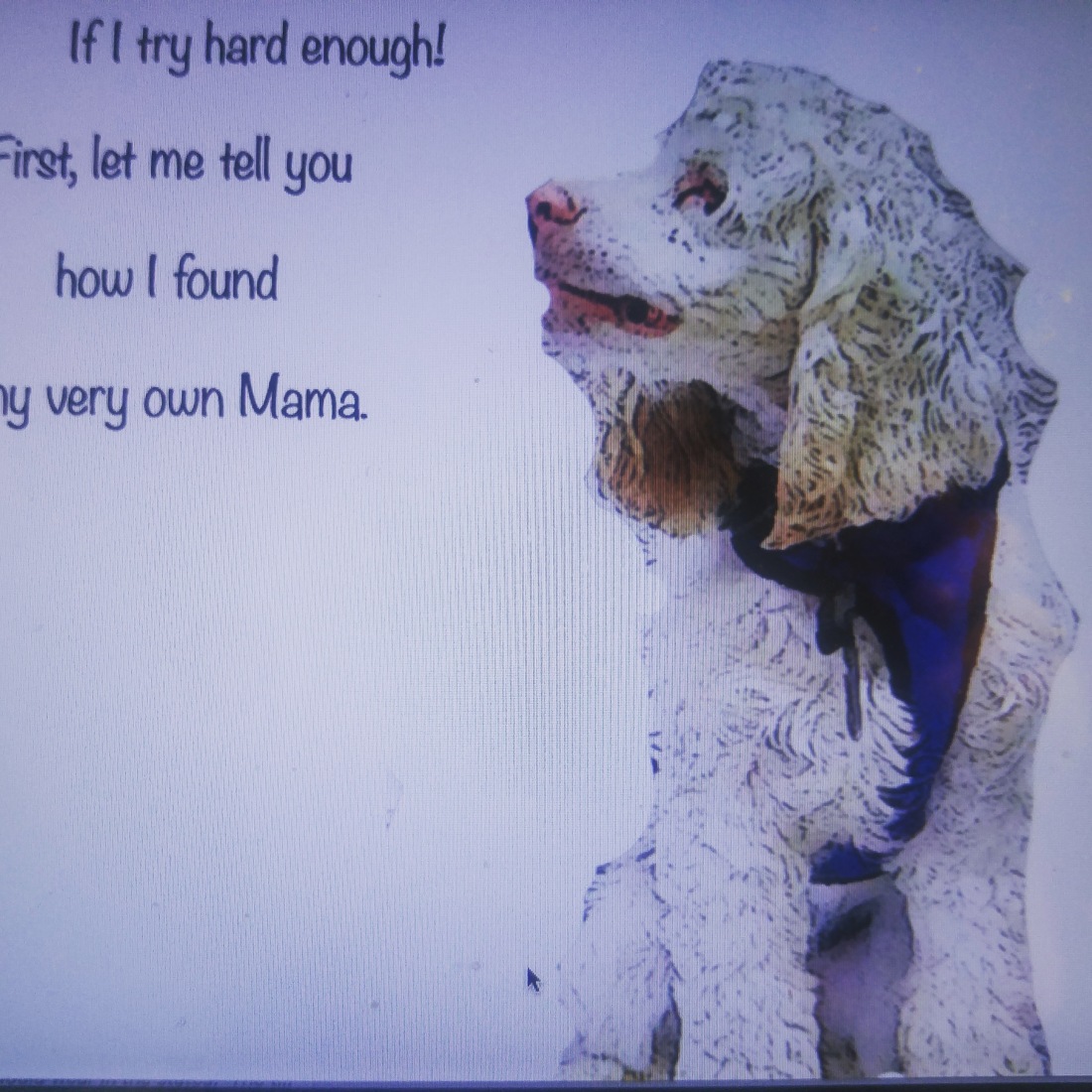 I call myself Nana Moses, because I am writing my first book in my retirement. I have always had a love of reading and rescuing dogs. Mostly dogs that other people would turn away from. Dogs who have been abused and have trouble trusting, older dogs no longer useful to the breeder that cared for them badly, and now Jamie. Jamie is blind and deaf, a product of bad breeding. The first 8 months of his life was in a cage, somewhere. He came with a host of issues and slowly, I have been working through them. Jamie was two when I published his story, he has a story to tell and it is one of wanting, trying and being loved. View all posts by jamiesjourneydoublemerlecockerspaniel